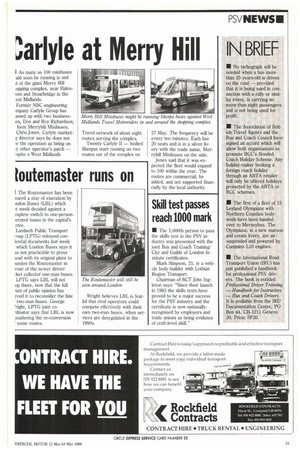 • The 1,000th person to pass the skills test in the PSV industry was presented with the joint Bus and Coach Training/ City and Guilds of London Institute certificates.

Mark Simpson, 21, is a vehicle body-builder with Lothian Region Transport.

Chairman of BCT John Ingleton says: "Since their launch in 1983 the skills tests have proved to be a major success for the PSV industry and the certificate is now nationallyrecognised by employers and trade unions as being evidence of craft-level skill."