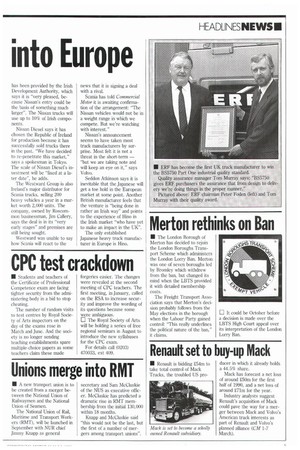 The National Union of Rail, Maritime and Transport Workers (RMT), will be launched in September with NUR chief Jimmy Knapp as general secretary and Sam McCluskie of the NUS as executive officer. McCluskie has predicted a dramatic rise in RMT membership from the initial 130,000 within 18 months.

Knapp and McCluskie said "this would not be the last, but the first of a number of mergers among transport unions".