Can heating save fuel? 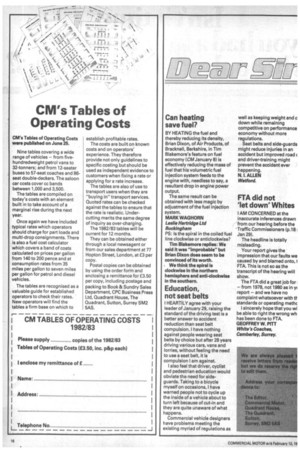 Page 20, 12th February 1983 — Can heating save fuel?
Close
Noticed an error?
If you've noticed an error in this article please click here to report it so we can fix it.
Keywords : Fuel Injection

BY HEATING the fuel and thereby reducing its density, Brian Dixon, of Air Products, of Bracknell, Berkshire, in Tim Blakemore's feature on fuel economy (CMJanuary 8) is effectively reducing the mass of fuel that his volumetric fuel injection system feeds to the engine with, needless to say, a resultant drop in engine power output.

The same result can be obtained with less magic by adjustment of the fuel injection system.

Tim Blakemore replies: We said it was "improbable" but Brian Dixon does seem to be convinced of its worth.