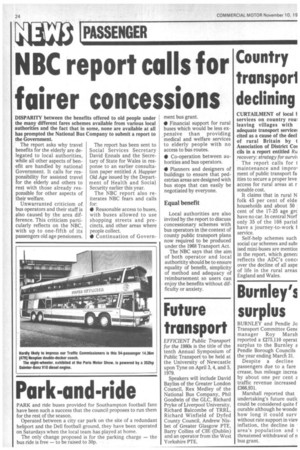 Page 26, 10th November 1978 — Burnley's surplus
Close
Noticed an error?
If you've noticed an error in this article please click here to report it so we can fix it.
Keywords : Burnley, Burnley & Pendle, Pendle, Business / Finance

Despite a decline passengers due to a fare crease, bus mileage increa: by about one per cent a traffic revenue increased £366,931.

Marshall reported that undertaking's future outIc could be considered quite f ourable although he wonde how long it could surv without rate support in viev inflation, the decline in • area's population and 1 threatened withdrawal of n bus grant.