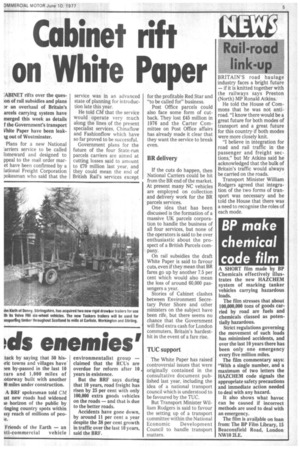 it is knitted together with the railways says Preston (North) MP Ronald Atkins.

"I believe in integration for road and rail traffic in the passenger and freight sections," but Mr Atkins said he acknowledged that the bulk of Britain's traffic would always be carried on the roads.

Transport Minister William Rodgers agreed that integration of the two forms of transport was necessary and he told the House that there was a need to recognise the roles of each mode.