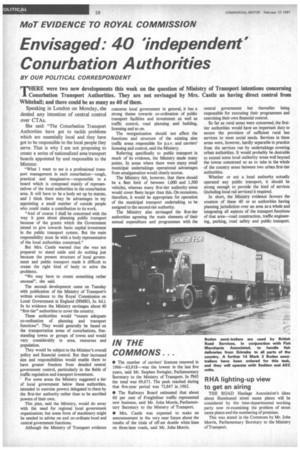 Page 30, 10th February 1967 — IN THE COMMONS
Close
Noticed an error?
If you've noticed an error in this article please click here to report it so we can fix it.
Keywords : Parliamentary Secretary To The Ministry Of Transport, Stephen Swingler, Freightliner Trucks, Department For Transport

• The Railways Board estimated that about 60 per cent of Freightliner traffic represented new business, said Mr. John Morris, Parliamentary Secretary to the Ministry of Transport.

• Mrs. Castle was expected to make an announcement in the very near future about the results of the trials of off-set double white lines on three-lane roads, said Mr. John Morris.